Ironically, math is one of the most disliked topics in school, yet every degree requires students to at least learn its basics. Perhaps the reason why math has a bad reputation is because of the misnomer that you must be able to calculate the product of two-digit numbers in less than two seconds. Or, there’s also the misinformation that math requires you to memorize countless abstract concepts, making the subject boring or something rather useless when it comes to practical applications in daily life.

The truth is, you don’t need to be a math prodigy, like having the ability to calculate fast, to appreciate the wonders of mathematics. Do note, however, that math and all of its concepts are applied everywhere, like the building you see, how you throw a ball, and even in how laptops perform complex computing tasks. Thus, it’s best if you’re able to grasp the concepts that operate in mathematics.

How To Better Understand Math Concepts

Regardless if you like math or not, it doesn’t negate the fact that you’ll always have to tackle it in school, and you’ll eventually apply the concepts sooner or later in your life. So, to help with your problem, here are some tips and tricks you can apply so you’ll be able to understand complex math concepts faster:

The adage, ‘you need to walk before you can run,’ is truer than ever when it comes to learning mathematical concepts. This is because heavily complex mathematical terms or calculations are hugely based on simpler ones. Hence, start from the ground up and try to master the basics first.

Remember that the basics involve the four operations–addition, subtraction, multiplication, and division. In addition to that, you must also know how these four operations relate to one another, like how addition is just the opposite of subtraction. Understanding such relations will allow you to perform shortcuts, like decimal to fraction writing, and others, which will make basic algebra and trigonometry easier. This, in turn, gives you a good foundation of calculus, which is a great entry point to advance mathematics.

As mentioned above, mathematics may be problematic for some since its concepts are based on numbers, which are difficult to imagine.

As a tip, it’s best if you don’t focus on visualizing the concepts. Doing so will only make it more difficult for you. Instead, be sure that you read the questions slowly. From there, make sure that you understand the gist of the question, then try solving it. If you have to break up the problem into several steps to make it simpler, do so.

Unlike other sciences, to grasp mathematics, it’s discouraged to practice memorization. As an alternative, you should develop your ‘number sense.’

Number sense is a good strategy in mathematics and it’s a convenient alternative to memorizing as it’ll help you with basic calculation way better than the latter. For instance, you can calculate in your head that 9×10 is 90. But if you’re asked to multiply nine by itself, there may be a delay. With number sense, this becomes manageable by simply subtracting 9 from the product of 9×10, giving you 81, which is the product when nine is multiplied by itself.

As mentioned above, number sense is an important aspect of grasping mathematical concepts. Since everyone has their respective number sense, it’s important not just to rely on your teacher, but to also do your part in studying.

Self-studying will help you understand the concepts and will engage you with tough mathematical concepts, which will allow you to internalize the topic. This will eventually develop your number sense.

Furthermore, mathematics is an interesting subject since you can learn much quicker by applying it. Even if you’ve read how to solve a formula, which is useful, to fully grasp that specific formula, you should tackle some sample questions yourself. Conveniently, there are plenty of practice questions you can do, just from your mathematics textbook alone.

After answering some sample questions, don’t be dismayed if you get the answers wrong. Instead, try to understand why you got it wrong in the first place. Take note that mistakes always happen in mathematics. But these mistakes are useful as they’ll indicate what areas you haven’t properly grasped yet. In addition, you may also try to seek professional help from PSLE Math Tuition specialists to help you studying Mathematics easily.

As you’d already know by now, even if math has abstract concepts, it’s necessary in the real world. Also, to quickly understand math, it’s best if you apply it. This being said, try to combine these two things by applying math to the real world.

For instance, statistics and probability may initially involve abstract concepts. However, if you use them in practical applications, like predicting the likelihood of a specific outcome so you’ll be able to make the right decision, then you’ll find that it’s useful even in the real world.

Just like any other difficult topic, math requires your utmost concentration when you study. This means that having a proper study environment, which involves less distraction, is the key to properly internalize mathematical concepts.

Thus, try to find an atmosphere that’s conducive for studying. For instance, if it helps you, try listening to music or use aromatherapy while carefully reading mathematical problems.

As a science that existed many centuries ago, surely there are plenty of concepts that revolve around mathematics. With all the terminologies and their corresponding definition, like the difference between ordinal and cardinal numbers, you should dedicate a notebook or a single file containing the mathematical concepts you’ve encountered. This file should include the meaning of a specific concept along with how you understand it. You can also try to annotate how a specific concept can be applied in the real world.

Many people find mathematics troubling. Still, we can’t deny the influence of mathematics on how the world operates. That’s why, instead of getting discouraged since you can’t properly grasp or understand how math will be used in your course, try to appreciate its complex beauty, and perhaps see it as a challenge worth pursuing. With the help of the tips and tricks mentioned above, you’re already on your way to quickly understand and appreciate the wonders of mathematics. 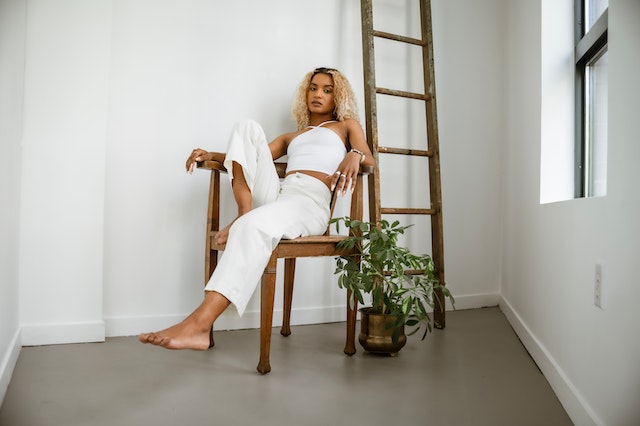